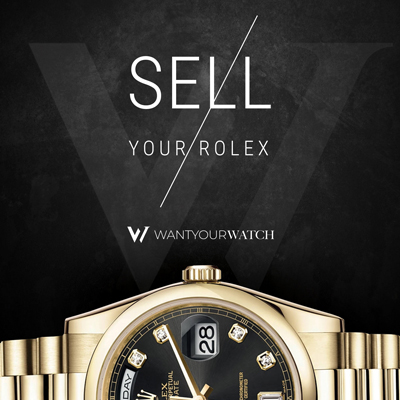 The Air-King came out in 2016 as a model re-release paying tribute to the history-making impact of the Oyster Perpetual watch during aviation’s golden age of the 1930s. The Rolex Oyster watch has accompanied many pioneers and travelers in the flight world on record-breaking trips through extreme conditions and unprecedented heights. One example of such a trip is 1933’s Houston Expedition, which was the very first flight over Mount Everest in Nepal that reached altitudes above 10,000 metres (33,000 feet) in extreme weather. In 1934, the Oyster watch actually served as the onboard chronometer for a return voyage from London, England to Melbourne, Australia taken by Owen Cathcart-Jones and Ken Waller on a twin-engine De Havilland Comet plane. Thanks to the reliable precision of the Oyster, Jones and Waller arrived in record time*.

The Air-King is actually one of Rolex’s oldest models, originating back in 1945 when Rolex founders sought to recognize the British Royal Air Force for its heroic efforts in World War II with an “Air” collection of watches. This tribute spawned models called the Air-Lion, Air-Giant, Air-Tiger, and Air-King. These pieces were all made of stainless steel with 34 mm cases, and they were poised as Rolex’s bare-essential timepieces. The Air-King was discontinued in 2014 and temporarily replaced by the Oyster Perpetual as Rolex’s entry-level model. However, Rolex decided to bring it back with updated features and reintroduced this model at the 2016 Baselworld Fair.

With a style that effortlessly combines sportiness and elegance, the Air-King now features a case that is 40 mm in diameter made of high-grade 904L Stainless Steel with a black dial.

The Air-King is available in one bracelet option and one dial design:

SELL YOUR WATCH | HOW IT WORKS | ABOUT US

HOW WE AUTHENTICATE    LOCATIONS    BLOG    REVIEWS

Want Your Watch is an independent watch dealer and is not sponsored by, associated with and/or affiliated with any of the brands listed on this website. Want Your Watch only sells pre-owned watches and provides its own warranties on the watches it sells that are not covered undered a factory warranty. All watch brands are registered trademarks of their respective owners. 2021